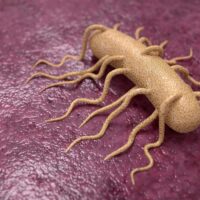 Defective products can take many forms. A car engine can be susceptible to spontaneous combustion, a power drill may be sold with insufficient safety features, or a pharmaceutical drug can carry undisclosed side effects. Often, food products are sold to distributors and customers after spoiling or exposure to dangerous contamination. Recently, there has been a wave of seafood mushroom products being recalled after exposure to toxic bacteria. At least five distributors of the mushroom have recently issued recalls in California and nationwide. Read on to learn about the contamination and the recalls, and if you’ve been injured by a defective consumer product in Southern California, call a seasoned Agoura Hills products liability attorney at the Halpern Law Firm for help.

A number of brands selling enoki seafood mushrooms have issued recalls of the product after potential listeria contamination was discovered by state consumer protection agencies. As of June, at least five brands have recalled enoki mushrooms since April 2021, when routine testing by the Michigan Department of Agriculture and Rural Development first detected Listeria organisms in packages of enoki mushrooms sold by Guan’s Mushroom Co. The California Department of Public Health also discovered listeria bacteria during a routine inspection of enoki mushrooms sold by Rainfield Marketing Group.

Brands that have since issued recalls in California and nationwide include:

If you’ve purchased enoki mushrooms in the past few months, make sure that the brand you purchase has not issued a recall of the specific product. The FDA issues reports on recalls issued. If you have consumed contaminated mushrooms and have experienced any adverse side effects, you could have a personal injury claim for the harm you have suffered.

Signs and Symptoms of Listeria Infection

Listeria bacteria can cause an infection known as listeriosis. According to the Centers for Disease Control and Prevention (CDC), listeriosis causes illness to around 1,600 people a year and kills roughly 260 people per year across the United States. Many cases of listeriosis are relatively mild and present symptoms similar to other types of food poisoning–diarrhea, fever, and others. Young, healthy people may not require hospitalization after exposure to listeria contamination.

Certain groups of people, however, are at higher risk of serious complications from listeria poisoning. Individuals who are pregnant, newborn children, elderly individuals over the age of 65, and anyone with a compromised immune system can become severely ill if infected by listeria. They may also experience an invasive listeria infection, which occurs when the infection spreads beyond the digestive tract and creates systemic problems. According to the CDC, more serious listeria infections can be characterized by symptoms like confusion, loss of balance, stiff neck, fatigue, muscle aches, and others. Even when presenting mild flu-like symptoms, Listeria infection can cause serious pregnancy complications.

If you have purchased enoki mushrooms recently and experienced any flu-like symptoms, see a doctor immediately. Especially for those with a weakened immune system, listeria infection can lead to serious and even deadly consequences if left untreated.

If you or someone you love has been harmed by a defective product in Southern California, call a knowledgeable and experienced defective products attorney at the Halpern Law Firm. We fight for the compensation you and your family deserve. Contact us at (818) 785-5999 today. These cases are handled on a contingency basis, meaning you won’t be charged any attorney’s fees unless we win.