Can You Sue if You Get Hit By a Car on a Bike? 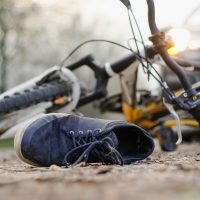 Riding a bike is a cheaper, environmentally friendly alternative to driving. It’s also good exercise and good fun. Unfortunately, many drivers on the road fail to take account of cyclists, or they deliberately ignore their responsibilities while driving. When drivers refuse to respect bike riders or otherwise shirk their responsibilities, cyclists can suffer serious injury or worse. Read on to learn about your right to sue after a bike accident caused by a negligent driver. If you’ve been injured while riding your bike in Southern California, reach out to a dedicated Calabasas bike accident injury attorney to help you strengthen your case and maximize your recovery.

If You Were Hit by a Negligent Driver, You Can Sue

In the State of California, you have the right to bring a legal claim against someone who harms you. A successful personal injury lawsuit is based on proving four legal elements: duty, breach, causation, and damages.

In the car accident context, drivers have a legal duty to everyone on the road to operate their vehicles in a safe, responsible manner. A driver may breach that duty by driving negligently or recklessly–such as by violating any traffic safety law or otherwise driving in a manner that a reasonable, law-abiding driver would not. If a driver acts negligently, and that negligent behavior causes a crash with a bike rider, then the driver is liable for any damages that result from the accident.

In some states, such as New York, drivers carry no-fault insurance and are meant to collect under their own insurance policy, even if another driver was at fault. In California, you can pursue a claim directly against the at-fault driver so long as they caused you harm. If you were hit by a negligent driver while riding your bike, you can bring a legal claim against the driver and/or their insurance company.

Proving the Driver Was at Fault

In order to bring a successful legal claim against the driver who hit you, you’ll need to demonstrate that that driver was at fault. The driver is at fault if they acted negligently, recklessly, or maliciously, and that conduct directly contributed to the resulting accident. A driver might be liable for an accident if they, for example:

You have the right to sue so long as you can demonstrate that the driver hit you, the accident was at least partially their fault, they were at least somewhat negligent, and you were hurt as a result. An experienced bike crash lawyer can help you prove all the required elements of your legal claim.

If you or someone you care about has been injured in a bike accident caused by a negligent or reckless driver, the experienced Southern California personal injury legal team at the Halpern Law Firm is here to help. We fight to get you the compensation you and your family deserve. Call us at 818-785-5999 today for a Free No-Risk Confidential Consultation. These cases are handled on a contingency basis, meaning you won’t be charged any attorney’s fees unless we win.